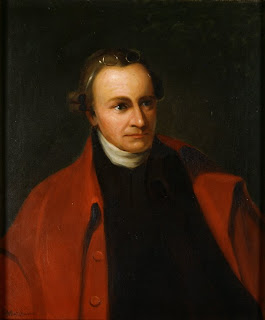 If you think that my repeated visits to the neighbors house recently, are strictly to answer their calls to help with their computers problems and got nothing to do with the cute 19 years old 6 feet tall daughter that just moved to live with them, you would be sadly mistaken. However i would appreciate very much how highly you think of me:D

In one of the visits to their place, which happens to be conveniently sitting 6 feet away of our door, i noticed a little pile of books sleeping on a chair somewhere -and i happened to look at the chair's direction because it was close to the computer and nothing else, of course!- so i reached and held the books, half a dozen of palm-size books, having shiny covers carrying long titles written in a big bright English font. Now for you who don't know yet, i developed a love relation with these little palm-size books, started when the nice Chikitita gave me the book of All I Really Need To Know I Learned In Kindergarten which i enjoyed very much, if you haven't read that one i think you should:), and it seems that that passion for these books was showing in my eyes when i held the books -or in my mouth, i might have been drooling- which made their mother offer me to take them, "Enjoy yourself! i was about to get rid of them, i had them from back in the time i was in college" said the mother, "yippee:D", thought Khalid :P

Later on in our place, and after i was done day dreaming about... the computers! **yaba walla datshaqa!** i checked the books and while most of them had novel-y titles one of them caught my attention, it said something about a "story of a man whose love to his country was equaled by nothing but his love to freedom" hmmm! interesting! i thought!

And that's when the journey with Patrick Henry began.

I fell in love with the story of that man **that's a lot of falling in love in one post** and his freedom loving spirit, his courage, the way he sees nothing below the sky as a limit. His iron voice and his firing words ring in my ears although I never heard them spoken. The way that country boy, a failure at everything in life until the age of 24, an unemployed family man with children, thought that he can make something out of himself, and made a nation. It inspires me beyond imagination, i have always believed and repeated to others, how i believe that one man can change a nation, how one man can change the world indeed, it takes only one man, that has the ability to say the right word, in the right place, the right way, to be able to lead the masses, it takes one man indeed, to lead the masses into achieving history-size victories.

I pray that if i wasn't meant to be that man, to able to find him at least, and to be of help to this nation to gain unity and liberty one day.

during a great speech, the appearance of the speaker always changes. Patrick henry seemed to grow taller, and his eyes brighter, as his powerful voice was heard throughout the church.

"They tell us sir that we are weak, unable to fight an enemy so powerful. but when shall we be stronger? will it be the next week? or the next year? will it be when our guns are taken away from us? and a British soldier is inside every house?"
" Sir, we are not weak, if we know how to use those things which the God of nature placed in our power. Three million people armed for liberty and in such a country as ours, can not loose"

"The battle sir, is not to the strong alone. It is to the ever watchful, the quick, the daring. It is too late now to move back, there is no way out but in slavery"

"Gentlemen may cry peace, peace. but there is no peace. our brothers are already in the battlefield. Why stand we here doing nothing? is life to dear, or peace so sweet, that we can buy it at the price of slavery?"

Patrick lowered his head and crossed his hands as if they were tied together. After a moment of silence he raised his eyes and hands towards the heaven, and said in a voice that seemed to reach deep in every ear "Do not allow it, oh, God" He slowly looked down at the ground, his hands still crossed, one over the other, as if they were tied. He seemed weighted down, as a man who had lost all hope.

"i know not what course others may take..."

He spoke the words through a firmly set mouth, his white face and bright eyes becoming fearful to look upon. Men moved forward in their seats, their faces white their eyes angry. Then came the loud, clear word:

And he said the word liberty slowly and carefully, everyone in the church looked at him. Then, he uncrossed his hands and raised his arms, his face now shining with joy. He stood straight and unafraid - a free man.

He stopped, and then he let his left arm fall powerless to his side and raised his right, pointing towards his heart, as if he were going to kill himself. In a slow and even words, he said:

Not a word was spoken; nor a sound was heard. And if ever a silence was powerful, that one was. For in that silence, the wheels of history were moving. As happen perhaps once in a life time, the right words, beautifully spoken by one leader, had decided the course of the future.

At the end, Patrick dies next to his beautiful Dorothy and 17 children, lived like an honorable man and a loving father and husband, and died right where he loved, in their house in the country, surrounded with trees and birds, where his freedom-loving soul belongs.

A moment of silence and piece for all the Patrick Henries of the world.